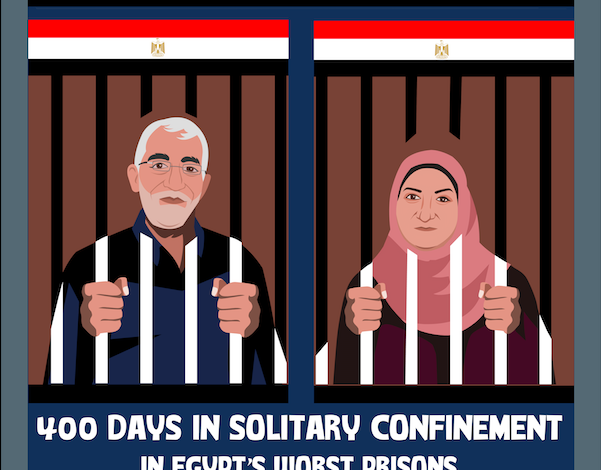 After missing her hearing on August 6 2018, today Ola was transferred from Qanatir prison to the courthouse in the police academy within the Torah prison complex for her pretrial detention extension hearing. Ola was placed in a secondary cell that had obstructed view to the courtroom.

The judge extended her detention for another 45 days. Her lawyers spoke up and explained her dire medical condition and the excessive use of solitary confinement. Lawyers argued no case, evidence or charges have been presented to the court by the prosecution for over 400 days. Her lawyers submitted a request that Ola be released or else transferred to another court, as the current judge has renewed her the last 3 times which indicates he has formulated an opinion about the case without evidence.

Ola’s lawyers also requested visitation permission but the judge rejected this as well.

Ola has been in prison in Egypt for 400 days without a trial, as it has been a cycle of routine pretrial detention extension renewals without due process or charges.

Since Ola began her hunger strike 46 days ago, there has been no information on her conditions until today. Her lawyers said that from their observations Ola has lost significant weight but they were denied permission to speak with her. They could not wave to her or communicate through hand signals, commonly done in Egypt’s courts, because her view was obstructed.

Isolated from the world, Ola is being subjected to torture and a slow death in her prison cell. The family calls upon the Egyptian government to unconditionally and immediately release Ola and Hosam.