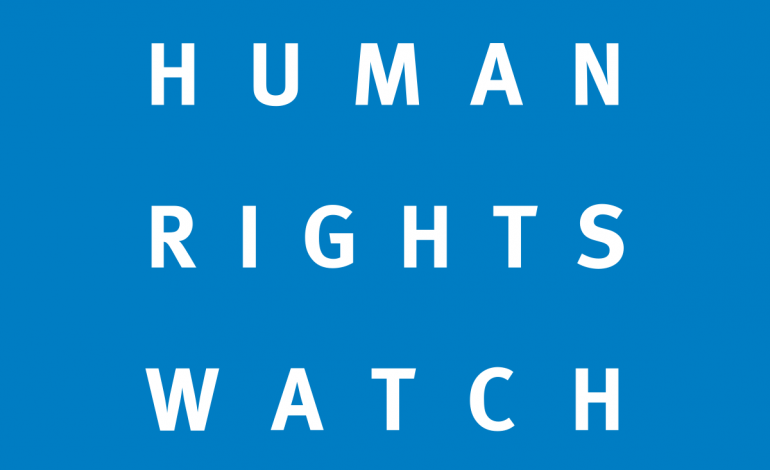 (Beirut) – The Egyptian authorities’ targeting of families in Egypt of activists and human rights defenders living abroad has been escalating, demonstrating a clear pattern of intimidation and harassment, 22 Egyptian, regional, and international organizations said today. Since August 2020, the authorities have targeted the families of four critics who live in the United States, as well as one in Turkey, one in Germany, and one in the United Kingdom.

These cases are among dozens reported in recent years. The authorities try to intimidate critics with unlawful home raids, arbitrary arrests, enforced disappearances, and prolonged detention of family members without trial or charges.

On February 13, 2021, the authorities raided the homes of six members of the extended family of Mohamed Soltan, a US-based human rights advocate. Soltan, the director of the Freedom Initiative, an independent human rights group, and two other sources with direct knowledge of the arrests told Human Rights Watch that security agents arrested two of his cousins, Mostafa Soltan and Khairi Soltan, at their homes in the Menoufiya governorate. The two sources also said security authorities arrested a third relative of Soltan’s, Mahmoud Yousri al-Naggar.

Officers told another cousin to turn himself in once a cast on his broken leg was removed. Three of Soltan’s other cousins whom officers wanted to arrest were not at home during the raids; their families were told that the cousins were wanted by the National Security Agency. Those detained were interrogated mainly about Mohamed Soltan and his activities. On the evening of February 17, authorities released Mostafa and Khairi, following their detention and interrogation by National Security officers, the two sources said.

Security agents had previously arrested five of the six targeted cousins in June 2020 and detained them without trial until shortly before Joe Biden won the US presidential election in November. Soltan has been a prominent target of Egyptian government and pro-government media defamation campaigns because of his human rights work, most recently because of his organization’s support for the establishment of the Egypt Human Rights Caucus in the US House of Representatives.

The authorities disappeared Soltan’s already-jailed father, Salah Soltan, on June 15, 2020, when officers escorted him from Wadi al-Natrun prison to an unknown destination. Since that time, the authorities have refused to provide his family and lawyers information about his whereabouts. Soltan said that Egyptian intelligence agents in Washington, DC have harassed him with “bump-ins” at the local mall, at a Freedom Initiative’s Egypt advocacy event, which Human Rights Watch and the Project on Middle East Democracy co-sponsored in March 2019, and with threatening phone calls, telling him that he should “be careful” for his father’s sake. Soltan said he reported all incidents to the US authorities and his lawyers immediately.

Aly Hussein Mahdy, a University of Illinois at Chicago graduate student and video blogger with over 400,000 followers on Facebook, was ridiculed by a pro-government TV outlet on January 17. Between January 28 and February 2, National Security officers raided the homes of several of his family members in Alexandria and arrested his father, uncle, and cousin because of his videos, Mahdy told Human Rights Watch.

“They raided the home at dawn,” Mahdy said in a Facebook video on February 11. “They took my father from his wife and my younger siblings, terrifying them. They messed up the whole house and stole everything they found.” He told Human Rights Watch that his family has not been able to learn the whereabouts of the three family members arrested.

On January 27, National Security officers carried out a dawn raid at the family home of a US-based Egyptian researcher and journalist who asked to remain anonymous. He told Human Rights Watch that officers interrogated his father about his whereabouts and activities. The researcher had participated the day before in an online public advocacy event from Washington, DC to commemorate the tenth anniversary of the Egyptian uprising of 2011.

Officers confiscated his father’s national ID and phone, he said, and told him to “come and collect them” from the National Security headquarters in his governorate. Security forces raided the home of the researcher’s family a second time on February 16 but no one was in the apartment.

On August 22, 2020, security forces arrested nine family members of Sherif Mansour, the DC-based Middle East and North Africa program coordinator at the Committee to Protect Journalists. Eight were released shortly after being interrogated about him and his father, Dr. Ahmed Sobhy Mansour, a retired US-based history professor. The elder Mansour has been a leading figure among Egypt’s persecuted Qur’anist Muslim minority, who believe in the Quran but not the sayings attributed to the Prophet Mohamed (hadith).

The authorities forcibly disappeared Sherif Mansour’s cousin, Reda Abdelrahman, 45, for more than 44 days before taking him before the State Security Prosecution on October 6, 2020, where prosecutors accused him of joining a terrorist organization. They have since renewed his pretrial detention, most recently on February 16, 2021. Mansour told Human Rights Watch that lawyers were only allowed to read the prosecution’s allegations but could not obtain a copy. The prosecutors claimed that Mansour and his father were members of the same unnamed terrorist organization.

Abdelrahman was previously arrested in 2008 and again in 2015 for being a member of the Qur’anist minority.

At dawn on February 10, 2021, eight National Security officers in Luxor, in southern Egypt, raided the home of the family of Taqadum al-Khatib, a Berlin-based academic and political activist. The officers aggressively searched the home and interrogated his elderly parents about his activities, then seized his father’s phone and several documents from the house, al-Khatib told Human Rights Watch.

On August 22, 2020, Egyptian National Security officers arrested two brothers of Mona el-Shazly, a Birmingham, UK-based political activist who formerly published Facebook videos criticizing the government, she said in an email to Human Rights Watch. National Security officers arrested the two brothers, Eid, 31, and Hassan, 34, at their family home in Alexandria, and forcibly disappeared them for three days before they appeared on August 25 before the State Security Prosecution. Authorities then held Eid and Hassan in an undisclosed location for another month before moving them to Tora Prison, el-Shazly said. They have been held without trial since then.

In mid-December 2020, security forces arrested five nephews of the Turkey-based opposition TV presenter Hisham Abdallah from Marsa Matrouh and Kafer al-Sheikh governorates. They were missing for two days. On December 23, the State Security Prosecution ordered all five detained pending an investigation on accusations of joining and financing a terrorist organization.

Among those relatives who have been detained for years in acts of reprisal against their relatives abroad are Ola al-Qaradawi and her husband, Hosam Khalaf. Al-Qaradawi, a US resident, is the daughter of Yusuf al-Qaradawi, a prominent Qatar-based preacher with historical ties to the Muslim Brotherhood in Egypt. The authorities have imprisoned the couple without trial since June 2017 for no apparent reason other than their relation to Yusuf al-Qaradawi.

In October 2019, the authorities arrested Amr Abu Khalil, a psychiatrist who is the brother of Haytham Abu Khalil, an anchor at the Turkey-based opposition Al-Sharq TV, after he escalated his public criticism of President Abdelfattah al-Sisi and his family. In September 2020, Amr Abu Khalil died in prison after 11 months in detention without trial.

“The government has been using families as playing cards in its abusive campaign to force Egyptian dissidents abroad to be silent,” Stork said. The Egyptian authorities are not winning dissidents’ silence but are only drawing attention to their human rights violations with this pattern of taking family members hostage.”

AOHR UK: The Egyptian authorities’ refusal to release Ola Al-Qaradawi, and renewing her imprisonment on a new case, is malicious.