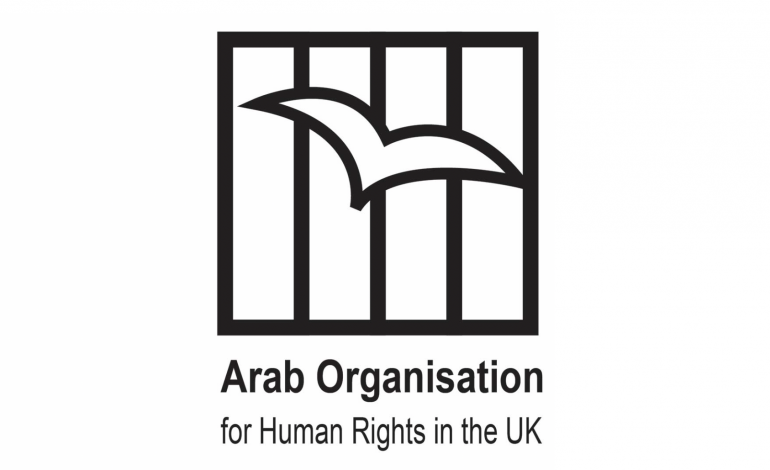 Arab Organisation for Human Rights in the UK (AOHR UK) condemned the refusal of the Egyptian authorities to implement the decision to release Ola Al-Qaradawi in the case she was arrested on, but rather, extending her detention on new charges. This is perceived to be a form of political revenge against her father Dr Yusuf Al-Qaradawi.

AOHR UK reports that the Cairo Criminal Court ordered the release of Ola Al-Qaradawi on Wednesday, July 3, following two years of pre-trial detention on charges of Case No. 316/2017. However, hours after the order, the Supreme State Security Prosecution in Egypt issued charges on a new case against her and ordered her detention for 15 days on the new case.

AOHR UK added that the charges by the Public Prosecutor’s Office against Ola Al-Qaradawi were absurd and ludicrous. In the new case, Ola is accused of joining and financing a terrorist group by exploiting her relations while in prison.

Ola Al-Qaradawi was arrested along with her husband Hosam Khalaf on June 30, 2017 and were detained on Case No. 316/2017 for more than two years without there being any legal reason for having their detention renewed, nor was there any new evidence in their investigation. Thus came the court’s decision for Ola’s release on that case, while her husband remains in pre-trial detention due to the security services’ refusal to take him to his hearing.

AOHR UK pointed out that Ola Al-Qaradawi was held in solitary confinement since the day of her arrest, where she suffered under systematic ill-treatment and dire conditions in Al-Qanater Women Prison, as well as facing medical negligence and malnutrition.

AOHR UK claimed that the poor detention conditions and her denial of medical care led to the deterioration of her health, where she has suffered from frequent fainting inside her cell and in front of the prosecution. In response to the latest malicious renewal of her detention, Ola declared an open hunger-strike, which increases the risk to her health.

AOHR UK called for pressure on the Egyptian regime for the release of Ola Al-Qaradawi. It is unacceptable that the crimes and abuses committed by the Egyptian regime continue to be met by silence. Indeed, it is because of this deafening silence that the regime does not hesitate to harm women, children and patients without mercy.