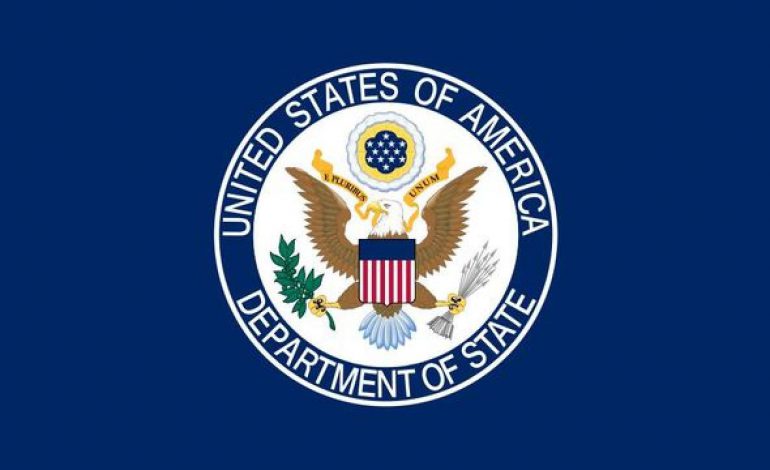 In a press briefer the US State Department states that it takes all allegations of abuse and torture extremely seriously. It also expressed concern about the conditions of Ola al Qaradawi & Hosam Khalaf.

QUESTION: So yeah, last month, this working group on Egypt – they call themselves the Carnegie Endowment – wrote a letter to the Secretary talking about Americans jailed unjustly in Egypt, and yesterday I think they said and published the Secretary’s response —

QUESTION: — in which he said yes, this is an issue of concern to us, and et cetera, et cetera. I wanted to ask about one specific – or two specific detainees who are not American citizens but whose families are American. That’s Ola al-Qaradawi and her husband Hosam Khalaf, and they’ve been in now for roughly two years each and the wife has just been – again today had her detention extended for another 15 days. What exactly are you telling the Egyptians about this, about what your concerns are in this specific case?

MS ORTAGUS: Yeah. Just so we don’t conflate the two issues, if I could just go back to the first issue that you were referring to, the letter from Carnegie, which, of course, you read the Secretary’s response. I just want to – the reason why I want to respond to that direct is because I think it’s important to note that we do take all allegations of abuse and torture extremely seriously, and that’s, of course, why we read and responded to that letter.

And then so, again, not to conflate the two, but the second issue on the case of this couple – al-Qaradawi and her husband, I believe, is Hosam Khalaf – we actually cited this case in our annual Human Rights Report on Egypt, so I would refer you to that. The State Department has met with the family members, which some of them are American citizens, to discuss this case. We actually did so again yesterday. Anything further in terms of – as it relates to their incarceration the Government of Egypt will have to answer, but we are – we’re meeting regularly as of yesterday.

QUESTION: Do you – was that here or there? Where – do you know where that meeting was?

MS ORTAGUS: We met with the family, so I’ll have to confirm. I don’t know if the family happened to be in Egypt or in the U.S., but I’ll confirm that for you.

QUESTION: Okay. And the other – and but have you gone as far as to call for their release or are you just saying that – you’re just expressing concern about the conditions of their detention?

The Carnegie Endowment for International Peace: The Working Group on Egypt’s Letter to Secretary of State Pompeo