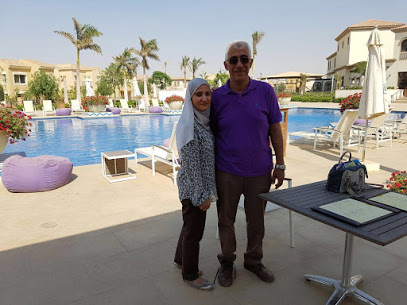 Ola was transferred early morning to the prosecution’s office for her extension session. In a routine fashion the prosecutor extended her detainment once again for 15 days.

Ola’s lawyers have submitted requests for humanitarian improvements including medical care for her deteriorating health, but all requests have been rejected by the prosecutor. The family and lawyers are yet to be approved for a visit to see Ola.

Last week Aljazeera ran an online poll of the most impactful personalities including Ola among others such as Chinese President Xi Jinping and Trump’s former advisor Stephen Bannon. Over 50% of participants voted for Ola. As a result Aljazeera dedicated a full episode to Ola’s story and interviewed her daughter, Aayah Khalaf, who spoke about the conditions of the case and how supporters can help.

Aayah also spoke at an Amnesty Seattle event to a large group of human rights activists who held a #WriteForRights event to send letters to Sisi. Amnesty chapters across the United States are advocating for Ola and Hosam’s freedom.

The World Youth Forum conference started yesterday in Egypt. Its promotional hashtag #WeNeedToTalk started several weeks ago intending to engage young people, attract world leaders and send a message of peace. However, instead it backfired as activists across the world have used the hashtag to raise the ongoing crackdown on Egyptians’ rights and freedom. Ola and Hosam’s case has been highlighted as a current example of a gross violation of human rights in Egypt on twitter.