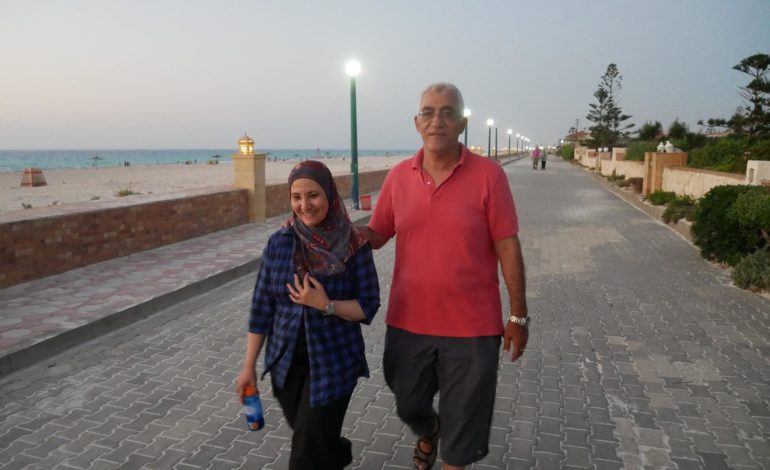 Yesterday Ola Al-Qaradawi was transferred from Qanatir Women’s Prison to a courthouse for her detention extension hearing. She was placed in a glass cage once again where she could only observe the court proceedings but was barred from speaking. State Security officials blocked her lawyers from speaking with her. In previous renewals lawyers would speak to Ola for 2-3 minutes in front of officials.

Her lawyers observed from a far that she has lost significant weight. Ola has been held in solitary confinement for 274 days with the exception of 5 minutes per day to go to the bathroom. She has no human contact except for minimal contact with the guards.

US authorities have attempted to monitor the hearing but have been prevented by Egyptian authorities.

The last 45 days have been overwhelming for the family, as they know nothing about Ola because authorities continue to deny family and lawyer visits.

On March 19th Ola turned 56 alone in her solitary confinement cell. Aayah published a video on social media sharing with campaign followers her sorrow of not being able to celebrate her mother’s birthday.

In March Ola’s daughter Aayah visited Washington DC to raise the case with her representatives in the Senate and the House. Shortly after the visit, Aayah published an op-ed ‘President Trump, Stand Up to Egypt’s Sisi for Imprisoned Americans and So Many Others’ in the medium calling for political will in the US administration to intervene.

On March 23, 2018 Senators Rubio and Menendez introduced a resolution reaffirming Egyptian people’s right to democracy, human rights, civil liberties, and the rule of law, including the universal rights of freedom of assembly, freedom of speech, freedom of the press, and freedom of association.