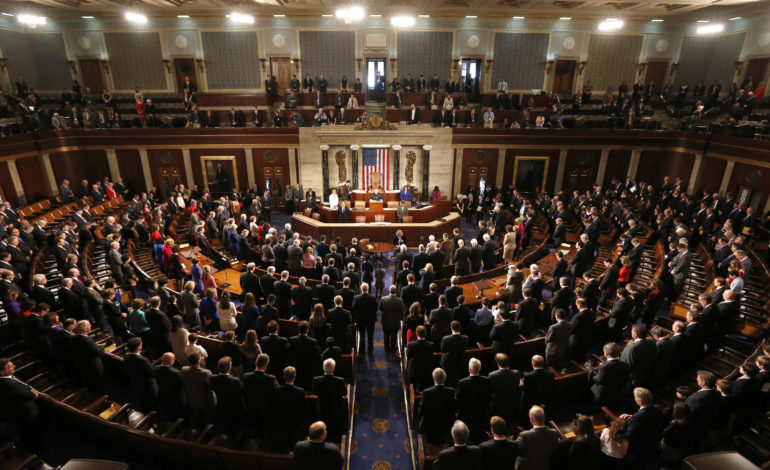 “For decades American foreign policy has been based on promotion of our values of freedom, equality, and right to democratic representation. We have enjoyed a long and fruitful partnership with the government and people of Egypt and we very much support this continued relationship,” they wrote in a letter signed by 71 Republican and Democratic colleagues, including House Middle East and North Africa Subcommittee Chairman Ileana Ros-Lehtinen (FL-27). “However, the close U.S-Egypt relationship is at risk as long as the Government of Egypt engages in widespread violations of internationally recognized civil and human rights. We respectfully ask that you do everything you can to ensure this message is delivered forcefully and regularly to the Egyptian government at all levels, particularly during your visit this month.”

Vice President Pence is visiting Cairo this week to meet with Egyptian President Abdel Fattah al-Sisi. The Egyptian government has engaged in mass detentions, attacks on journalists, and efforts to restrict civil society.

The full text of the letter sent to Vice President Pence is embedded below. A PDF version of the signed letter can be downloaded by clicking here.

We write to you ahead of your upcoming visit to Egypt to raise concerns about recent actions taken by the Egyptian government that constitute a widespread crackdown against civil and human rights.

Egypt and the United States have had a long and enduring partnership, predicated on strong military and counter-terrorism cooperation, shared security goals, and a shared vision for peace in the region. We value the benefits that the U.S-Egypt partnership has brought to both of our countries over the past four decades. In particular, our mutual interest in deterring and combatting the spread of terrorism is only underscored by the horrific attack perpetrated on the al-Rawda mosque in Sinai which killed over 300 worshippers.

So while we urge you to extend our condolences and offer our continued support to Egypt’s fight against terrorism we also urge you to raise our concerns over Egypt’s domestic civil and political repression. In recent years, independent civil society groups have been the target of a concerted government effort to silence their voices and limit their ability to operate. Minority groups, including religious minorities and the Lesbian, Gay, Bisexual, and Transgender (LGBT) community have been the targets of discrimination and violence. Independent media organizations have been shuttered, and dozens of journalists, bloggers, and citizens have been jailed for their speech.

The Egyptian government has been engaged in a wide-ranging effort to crack down against public discourse, civil society activity, and independent media using a variety of methods and tools, including the use of legislation ostensibly designed to promote public safety or regulation, but practically used to stifle dissent. In particular, the non-governmental organization (NGO) law ratified by President al-Sisi in May 2017  threatens to devastate the ability of independent organizations to operate within Egypt and calls into question the Egyptian Government’s own commitments to freedom of expression and freedom of assembly. The government routinely pressures journalists and private citizens to suppress criticism of the government, and has used criminal prosecution, gag orders, arbitrary detention, and serious physical abuse in police custody to target free speech. The criminalization of legitimate NGO activity complicates the effectiveness of the foreign assistance package that the United States provides to Egypt annually. The usage of these funds, and their compliance with U.S. law under the Brownback Amendment, relies on the ability of implementing partners on the ground to function freely.

Recently, the Egyptian government has participated in the disturbing global trend of government authorities targeting directly, as well as fostering an environment of discrimination and violence against, members of the LGBT community.  The most recent wave of anti-LGBT persecution has been ongoing since September, when authorities in Cairo arrested seven people who had been photographed at a concert raising a rainbow flag. These arrests marked the beginning of a widespread crackdown on LGBT Egyptians with reports of 65 people being arrested. Most have been charged with sentences ranging from 6 months to 12 years in prison. Reports that the Egyptian Parliament will consider legislation that would criminalize same sex relations are further cause for concern.

While the Egyptian government has demonstrated an interest in achieving greater parity for Coptic Christians, Copts continue to be the frequent target of systemic discrimination as well as violence carried out by non-state actors, including fellow Egyptians. Despite statements of support, the government has not taken sufficient steps to protect Copts from violence and ensure equal treatment under the law.

Finally, the Egyptian government has repeatedly stated its intent to find a satisfactory resolution in the case against 43 NGO workers, including 19 Americans, who were unjustly convicted under the Morsi government in 2013. This issue has been an irritant in U.S.-Egyptian relations for too long and has set a troubling precedent with regard to Egypt’s treatment of democracy, human rights, and governance efforts, including programs funded by U.S. tax dollars.

Given your stated commitment to the protection of free speech and human rights, we ask that you raise these issues during your meetings this month with the highest levels of Egyptian leadership. Specifically, we respectfully ask that you raise with your counterparts the following:

1.       The case against the 43 NGO workers must be resolved as soon as possible and without a retrial, specifically by Egypt’s court of cassation swiftly allowing an appeal in the case to be heard, the court issuing a ruling, and then President Sisi pardoning every individual (not just the Americans) convicted in the case.

2.       The repressive NGO law should be repealed and independent civil society organizations should be allowed to operate, free from government interference.

3.       The arrest, harassment, and incitement against LGBT individuals inside Egypt must cease immediately, the individuals in detention must be released, and the government should oppose any laws that seek to criminalize the speech or activities of the LGBT community.

4.       The Government of Egypt should take additional steps to end the culture of impunity for attacks on Coptic Christians and continue to undertake the arrest, prosecution, and conviction of individuals who carry out attacks on Copts and other Christians in Egypt.

5.       The government must stop impinging on freedom of speech and release journalists, bloggers, and citizens who have been arrested on political charges.

6.       The government should take steps to release any American citizens or Legal Permanent Residents who have been arbitrarily detained and comply with international human rights standards for detention of all prisoners.

For decades American foreign policy has been based on promotion of our values of freedom, equality, and right to democratic representation. We have enjoyed a long and fruitful partnership with the government and people of Egypt and we very much support this continued relationship. However, the close U.S-Egypt relationship is at risk as long as the Government of Egypt engages in widespread violations of internationally recognized civil and human rights.

We respectfully ask that you do everything you can to ensure this message is delivered forcefully and regularly to the Egyptian government at all levels, particularly during your visit this month.

Thank you for your attention.