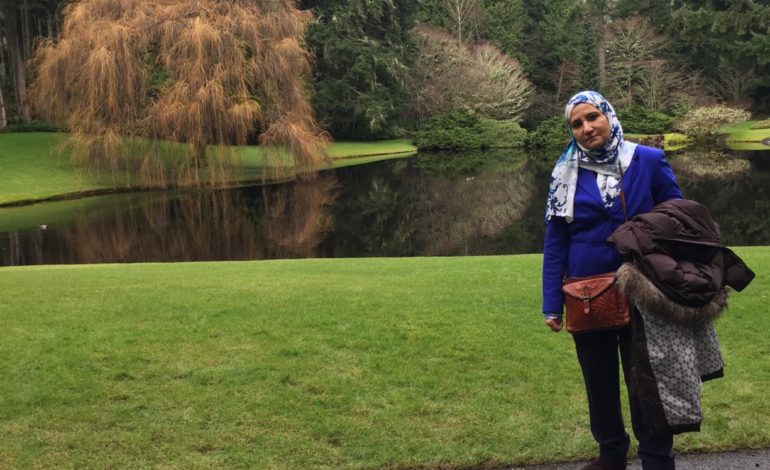 Yesterday marked 113 days of illegal detainment. Ola Al-Qaradawi was transported early morning to the State Security Prosecutor’s office for her detainment extension only to be told she will remain arbitrarily detained for another 15 days.

Ola’s lawyers continue to raise serious concerns about her health. Without family or lawyer visits, Ola’s conditions remain unknown only until lawyers briefly see her every 15 days. Egypt’s Law No. 396 of 1956 (Concerning the Organization of Prisons and its Regulations) states that a detainee has the right to correspondence, to be visited by his relatives and the right to meet with his or her lawyer alone.

We are deeply concerned about Ola’s health after she collapsed in her prison cell and at her last visit to the prosecutor’s office – which we believe has been exacerbated by the denial of regular medical check-ups.

We condemn the State Security prosecutor’s discriminatory and arbitrary denial of medical care and visits, in violation of Egyptian law. The denial of visits is particularly concerning because her 10th renewal, which will take place after 30 days, is quickly approaching and subsequent to that she will be renewed every 45 days. This means that Ola will languish in a solitary confinement cell without any communication for a month and a half and family and lawyers will remain unaware of her medical conditions, leaving her vulnerable to serious medical deterioration, illness or worse.

Ola is in pre-trial detention — that is, convicted of no crime and she has never been charged — yet the state security is subjecting her to excessive suffering caused by solitary confinement detention and the denial of health care. The Egyptian State Security is torturing Ola with isolation, pain and illness.

Yesterday in a major article published by the New York Times, Middle East correspondents Declan Walsh and Nour Youssef described Ola’s conditions as extreme. “Confined to a tiny windowless cell without a mattress or a toilet, denied visitors and held in solitary for months on end, Ola al-Qaradawi is being subjected to harsh treatment even by the grim standards of Egyptian prisons.

Furthermore, they confirmed that Ola and Hosam’s punishment “is more likely tied to a bruising geopolitical feud between the biggest and wealthiest countries in the Middle East, in which Ms. Qaradawi may have become a hapless pawn.”