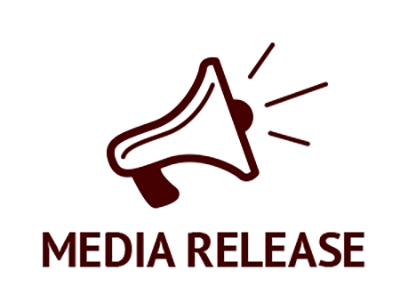 Pressure is mounting on Egypt with today’s publication of an oped in The Hill, urgent appeals by Amnesty International and Human Rights Watch, and a complaint lodged with UN Special Rapporteurs.

Washington D.C. and Geneva — Today, Aayah Hossam, the American daughter of Ola Al-Qaradawi and Hosam Khalaf, published an oped The Hillnewspaper taking public the story of the ongoing arbitrary detention of her parents in Egypt:

“On June 30, 2017, my parents were arrested in Egypt without a warrant or explanation by Egyptian State Security, associated with the Egyptian Interior Ministry . . . they were immediately placed in solitary detention in separate prisons, where they remain today. My parents are forbidden from speaking with me or any other member of my family, and they have only seen their lawyer a handful of times.  I’ve heard their cells are cramped — no more than 5.25 ft. by 5.9 ft.—and have no windows or ventilation.  I am especially afraid for my mother’s health, as she only has access to inedible food and contaminated water, and has lost considerable weight.”

To date, neither Ola nor Hosam has been charged with any crime.  They have eight immediate relatives who are American citizens.  Currently, Ola and Hosam are held under temporary detention orders which are renewed every 15 days.  In the last two weeks Amnesty International and Human Rights Watch both published urgent appeals regarding their cases.  In addition, their international counsel Jared Genser today made public a formal complaint he lodged last week with the UN Special Rapporteurs on Torture and the Right to Health about Ola and Hosam’s detention conditions.  Genser is an expert at freeing prisoners of conscience and has represented such clients as Nobel Peace Prize Laureates Aung San Suu Kyi, Desmond Tutu, and Liu Xiaobo.

“I urge the Government of Egypt to reverse course and free my parents so they can be reunited with our family in the United States,” said Aayah Hossam.  “I desperately need the help of the United States to urge President Sissi to release them,” she added.

Jared Genser further explained: “President Trump rightly just cut and delayed some $300 million in aid to Egypt on human rights grounds.  Ola and Hosam have eight American citizen family members – their conditions are deplorable and their ongoing detention is illegal and in violation of Egypt’s obligations under its own laws and international laws.  A key benchmark for restoring any aid to Egypt must be their immediate and unconditional release.”

These efforts announced today are only the first step in a campaign that has now been launched to secure their freedom.  Ms. Hossam is available for media interviews.