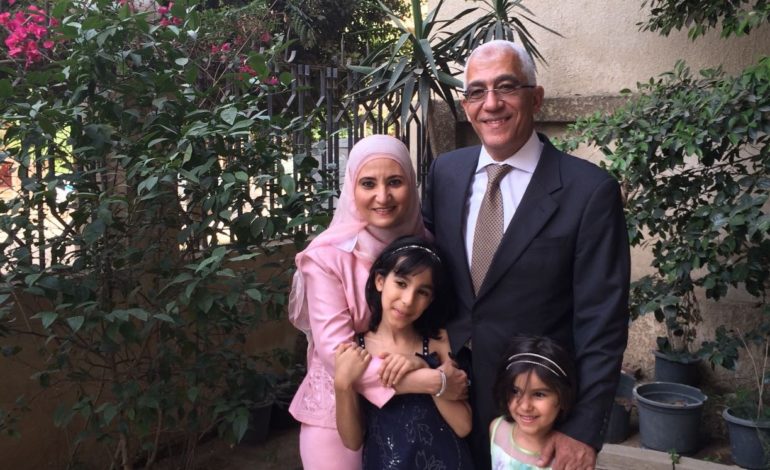 Ola and Hosam were taken to the State Security Prosecutor’s office for a renewal hearing today, Sunday August 13, 2017. The Prosecutor has renewed their detainment for another 15 days for the 3rd time without due legal process.

Ola is being held in AlAnater prison and Hosam in Tora prison, both known for their inhumane treatment and conditions. They have been arbitrarily detained for 43 days in solitary confinement and subjected to conditions that are in violation of their most basic human rights.

Ola’s health is deteriorating. Most recently the family discovered that she is suffering from a meager diet due to poor food quality, unhygienic conditions, and a lack of access to the washroom.

To date, Egyptian authorities have not provided an arrest or search warrant. They were held incommunicado for two days and the conditions of that period are unknown. Both the family and lawyers have been denied visitation rights and Ola has been denied her consular rights. They have been denied adequate medical care. Most of all, no accusations have been officially provided to the family’s legal counsel since July 2, 2017.

“I am extremely concerned about my mother’s health. She is 55 years old. My children keep on asking about their grandmother and grandfather and it’s breaking my heart. Ola and Hosam’s continued detention is a tragedy,” says Aayah Khalaf, Ola and Hosam’s eldest daughter who resides in the United States.

The family remained silent for several weeks in hopes of a resolution but to no avail. The family has retained a legal team in Egypt who has been limited from challenging Ola and Hosam’s detainment because no information has been shared to date. Family and friends began a campaign over three weeks ago through social media which has gained significant following and support including human rights organizations.

The family condemns in the strongest terms the actions of the State Security and holds them responsible for any health, psychological, emotional and reputational damage caused to Ola and Hosam.

Ola is a citizen of Qatar and we call on the Egyptian authorities to comply with international treaties and allow consular access to Qatar officials. The family is grateful for Qatar’s intervention to assist in securing Ola and Hosam’s immediate release. Ola and Hosam’s children, grandchildren and several extended relatives are US nationals and are calling on the US to intervene for their loved ones.

We call for the international community to denounce the use of innocent victims for political motivations in regional conflicts.

We call for Egyptian authorities to immediately and unconditionally release Ola and Hosam and reunite them with their children.